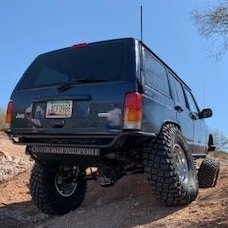 My other non-Jeep vehicle build thread